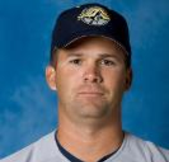 Mike Winn has been directing soccer camps at Pace University for the past 20 years and currently serves  as the head  soccer coach for the Setters Women's Soccer Team. Winn founded the women’s soccer in 1998 and joined the Northeast-10 Conference as a full member for the 1999 season. This past season the Setters tied an all time record for wins and advanced to the NE-10 Championship game.  During his tenure, he has developed two All-Americans, 14 All-Region  and 25 All-Conference players. In 2011, Coach Winn was named Northeast 10 Coach of the Year. As the head of the program, he has guided the Setters to eight post season appearances.

Coach Henry Manning, a four-year starter and former captain of the Pace University baseball team, enters his 17th season as the head baseball coach for Pace University and leading the baseball camp program. The Setters have captured 3 Northeast-10 Division titles in the past four seasons and advanced to the Northeast 10 semi finals in 2017. During his tenure at Pace, Manning has coached nine players that were eventually drafted by a Major League Baseball team. Prior to coming back to Pace, Manning enjoyed a nine-year professional career in baseball as both a player and coach.  Coach Manning has also served as a manager for USA Baseball in the Tournament of Stars presented by Major League Baseball.

Matt Foley is a tenured Physical Education Teacher with the Bedford School District.  He currently coaches Modified Football and Junior Varsity Baseball for Fox Lane.  He received his undergraduate degree at Mercy College where he was a four-year starter and two-year team captain for the Mercy Mavericks Baseball program.  Foley received a Master's Degree in Physical Education and Sport's Pedagogy from Manhattanville College and has been teaching for over 12 years.  This will be Matt's ninth summer with Players Skill Center and 5th year as Multi-Sport Director. 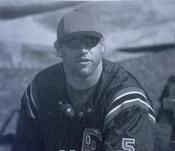